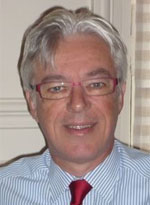 Worked for the HSBC banking group for 34 years in operational banking roles in the Middle East, North Africa, Central, South and South-East Asia, and France, including establishing the bank’s presence in Kazakhstan and Algeria. Met his wife Sally, an Australian teacher, in Yemen and they have three grown-up sons, two living in London and one in Australia. He now undertakes editing projects for authors and online agents. He has been involved with a number of charitable projects notably as treasurer and acting chairman of Dom Julide, a halfway house for orphans in Kazakhstan who have no other means of support once they reach the age of 16.