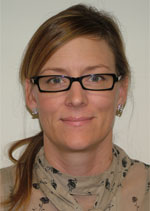 Leisha Lister is the Executive Advisor to the CEO of the Family Court of Australia where she manages and co-ordinates the development of policy, research and advice to the CEO. Leisha has managed a number of significant projects for the Family Court including the Mental Health Support Project;  the review of the Magellan Program involving cases of serious child abuse; the Less Adversarial Trial Education Project; and more recently the Reconciliation Action Plan Project for Indigenous Australians in the Family Law Courts. Leisha also assists with the Indonesia/Australia Court to Court legal and judicial reform program in Indonesia. She assisted with the 2007 access and equity study for the Religious Courts undertaken in collaboration with the State Islamic University (PPIM UIN) and PEKKA and the 2009 access and equity study for the General Courts on Family Law and birth certificate issues in Indonesia.   Leisha has previously worked in the areas of HIV/Aids education; child protection and the trafficking of women for the purpose of prostitution.  She holds qualifications in law, business and applied science.