Members of CRI participated in the 2015 Walk for Justice to raise the awareness of the public to the plight of children in detention. The walk also aimed to convey to policy makers of all political persuasions that the current policies are in contravention of the United Nations conventions to which Australia is a signatory, and contrary to human rights, the rights of children and the rule of law, all of which Australia purports to support. 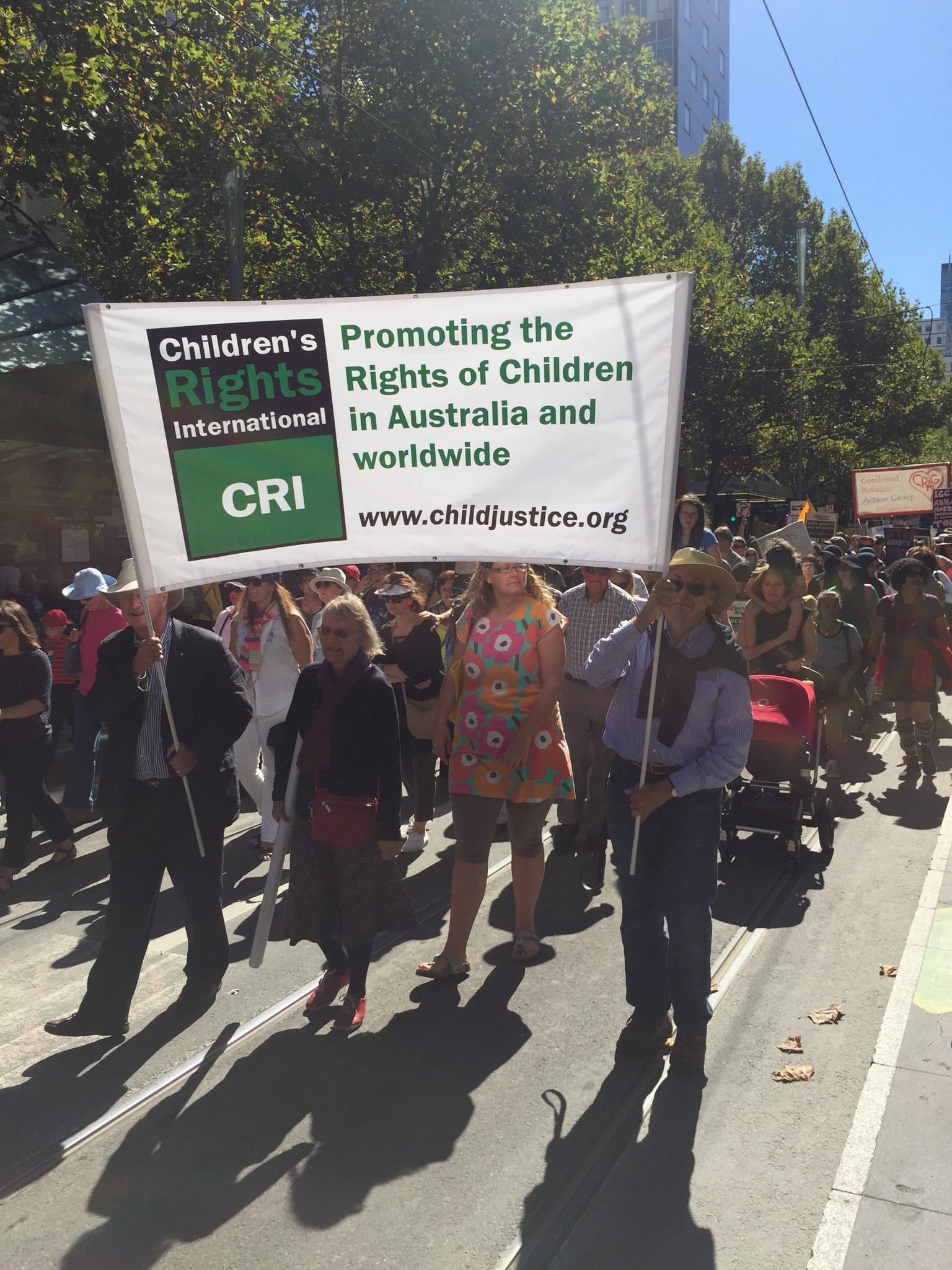 Children in Detention - Nothing has Changed

In 1995 the Hon. Alastair Nicholson, then Chief Justice of the Family Court of Australia, raised the issue that Australia was failing its international obligations by holding children in detention centres. His comments were published in an article titled  'Judge damns refugee camps', by Chip Le Grand, The Australian, Thursday 20th of July 1995 (Edition: Sydney). The full text of the 1995 article is reproduced below; it seems that in 20 years little or nothing has changed.

AUSTRALIA was failing its international obligations by detaining child refugees in "virtual concentration camps" in the wilderness of the outback, the head of the Family Court, Justice Alastair Nicholson, said yesterday.

Justice Nicholson said it was intolerable and unnecessary to intern Chinese and Cambodian children among asylum-seekers at the remote Port Hedland detention centre in Western Australia as though they were "a danger to Australian society". He said the policy was at odds with Australia's status as a signatory to the United Nations Convention on the Rights of Children and nominated the Family Court, with its powers to protect children, as a possible avenue for legal challenges to the detention system.

Read more: Children in Detention - Nothing has Changed

ELEANOR HALL: Child rights advocates are supporting the Human Rights Commission's recommendation to release all children from immigration detention, including the 119 children in Nauru.

They say the report is not the first to draw attention to the harm detention inflicts on children but that its findings are clear and it's time to act.

SARAH SEDGHI: It's been more than a decade since the Human Rights Commission last investigated the detention of asylum seeker children.

It documented cases of assaults and self-harm.

ALASTAIR NICHOLSON: This is, I think, one of the most disgraceful episodes in Australian history, the treatment of children in detention.

And this is an objective and clear account of the evidence that really should make us all ashamed of this behaviour.

How any Australian government could justify this on any basis is beyond me.

NEVER AGAIN: LET'S END THE DETENTION OF CHILDREN ONCE AND FOR ALL

The report of the Australian Human Rights Commission's National Inquiry into Children in Immigration Detention provides compelling evidence of the need for Australia to cease the detention of children once and for all. Drawing on interviews in detention facilities with more than 1000 children and their parents, the report offers a deeply disturbing record of the harm inflicted on so many children by successive governments. The Government, Opposition and all members of the Australian Parliament must take immediate action to ensure that all children are released from Australian-funded detention centres, in Australia and Nauru, and to ensure that these policies are never repeated.

The indefinite mass detention of children is a national disgrace for which both of Australia's major political parties bear responsibility. Under the Rudd and Gillard Governments, record numbers of children were detained, reaching a peak of 1,992 in July 2013. Under the Abbott Government, hundreds of children have experienced prolonged detention, with the average time spent in detention rising from three months in August 2013 to more than 14 months in January 2015. In doing this, governments have ignored numerous reports, including from the Commission's previous national inquiry in 2004, which have outlined detention's shocking impacts on the mental health of children.

There are many laws across the state (New South Wales) and the country that are subject to the scrutiny of the legal profession. Key legal professionals give their views on the laws that need to change - and why

I. Asylum Seekers, Children and the Migration Act 1958 (Cth)

The many changes made to this legislation over the years since the 1990s, culminating in the recent Migration and Maritime Powers Legislation Amendment Act 2014, have produced a situation where the Migration Act 1958 and the policies behind it are among the most regressive and unfair in Australian history.

Read more: Ten Laws that need to change in 2015

In December 2014, Children's Rights International (CRI) board member Professor Garry Warne AM travelled to Hanoi with Dr Anne Smith, Director of the Victorian Forensic Paediatric Medical Service (VFPMS) and her VFPMS colleague, Dr Andrea Smith. They were welcomed by the Director of the National Hospital of Pediatrics, Professor Le Thanh Hai and the 15-member child protection committee, which is chaired by Vice-Director, Dr Le Minh Huong and coordinated by Dr Do Minh Loan.

In a highly significant move, the Vietnamese Ministry of Health recently issued a circular instructing all hospitals to prepare protocols and procedures to deal more effectively with domestic violence, including violence against children. In addition, the government has passed a law that will see the creation of a new Family and Children’s Court. CRI Chairman, The Hon Alastair Nicholson AO RFD QC, has played a major role in supporting this development.

Dr Anne Smith and Dr Andrea Smith reviewed problems that have been encountered by the staff of NHP and provided some training on the types of injuries seen as a result of abuse. This project is on-going. 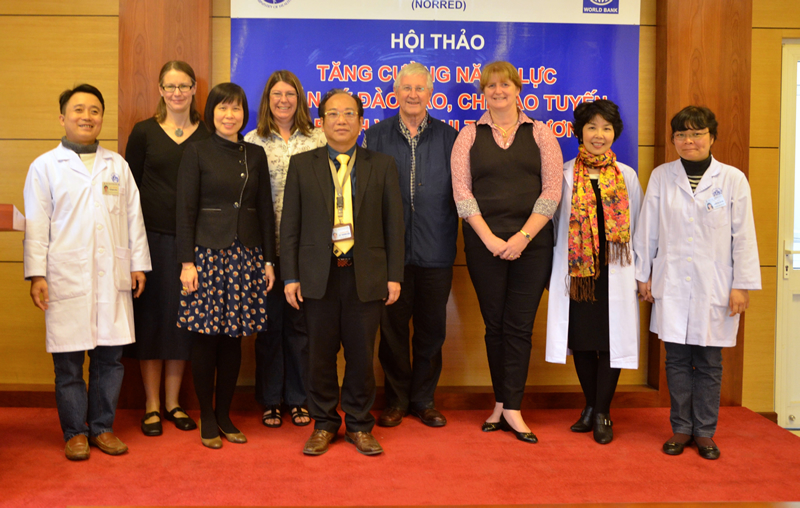